News and views on yoga, life, befriending and embodying our truth through holistic practices, inspired by the beautiful, pristine nature of southern Crete

Super User has not set their biography yet

Embracing the change with Victoria Karipidis

YogaOnCrete teacher Victoria Karipidou introduces her work and journey at YogaOnCrete, offers practical tips on how to cope with the challenging emotions that may arise during these transformational times that we are all experiencing, and closes with a short and sweet de-stressing breathing practice from the Kundalini yoga tradition.

Eugenia teaches yoga at an idyllic guesthouse on Crete and describes her journey of self-growth that led her there. 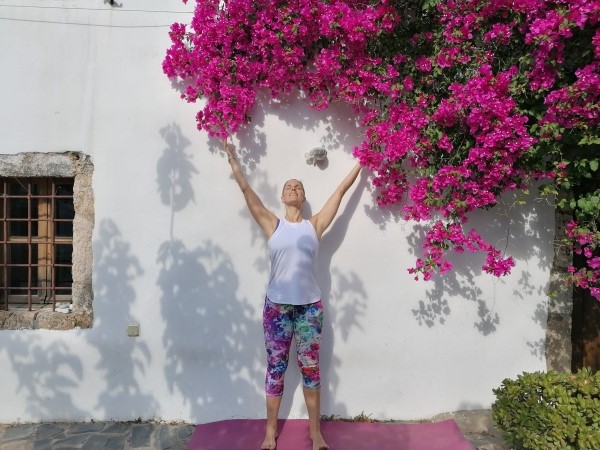 Yogis (and yoginis, which as I found out from Eugenia is what women yoga practitioners are called) radiate a sense of peace that is transmitted during a yoga class, as well as just a short chat. I must, therefore, say that I felt overly peaceful on that evening, after a two hour class at Eugenia's yoga studio in Psirri, and around two more hours that we spent together for the interview and a relaxed drink. And I admit that there are very few persons and situations who can nowadays alleviate my stress and slow down the fast rhythms of everyday life. It seems that Eugenia (“evgenia” in greek also means politeness, and it seems that she embodies the meaning of her name) is doing something well.

Psychologist, dancer, yoga teacher, business woman. Can all this be combined? Eugenia Sivitou begins to tell the story of her journey and the transitions from one field to the next, changes which, as I will soon understand, were neither smooth nor without their toll. "To be honest, I do not remember much from my first encounter with yoga. I was on an exchange programme as a psychology student in Germany and wanted to try different physical activities – trampoline, ballet that I had also practiced as a child, yoga. I remember being surprised that this form of exercise took place on the floor. This experience left an unusual impression on me. Yoga had not yet become well known in Greece at that stage, 14 years ago. Next, I did a postgraduate degree in Sport and Exercise Psychology, but finally decided I wanted to become a dancer. We had yoga on our curriculum, in my 3 year dance training course in Scotland. I loved the physical aspect of the practice of yoga, and this is what initially won me over. A little later, I thought of taking it more seriously and decided to look into becoming a teacher. There were even distance training courses that I came across in my research, which do not require any physical attendance. Traditionally in India, one learned yoga from a teacher, with whom the practitioner would have to stay for several years. My first teacher training was in Spain and lasted a full month, from morning at 6 am till night at 9 pm daily. It was a course run by a large worldwide organization, Sivananda, which has taken its name from the great Indian teacher who instructed a student of his to bring yoga to the West in the 60s. One of the main visions of this tradition is to cultivate peace in people, in order to bring peace to the world. Quite ambitious! But, in reality, it just takes learning to relax and breathe correctly, for a change to begin”.

Gluten is a digestive problem for many people these days. I'm not a fan of depleted, refined and rancid flour products. 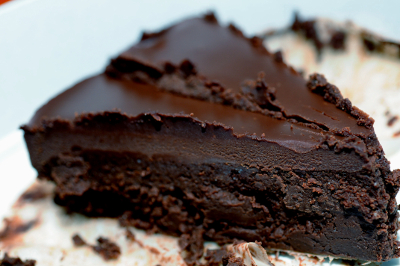 These are usually combined with other depleted, refined and unnatural ingredients. Yet, they have become the normal and largely accpeted foods. Cutting out gluten is often beneficial simply because you get rid of these other factors. If you do eat gluten, eat whole products in their most natural states. If you are affected by gluten, choose the most natural gluten-free products. This cake is light and easy to eat after a meal - like most of my after dinner sweets.

The flora of Crete is at its best in spring, after the winter rains. Even the normally very dry southern parts become green, and hundreds of flowers, plants and herbs start to blossom. There are 130 species of wild flowers and herbs unique to Crete.

Many Cretan herbs are Lamiaceae, or of the mint family, a family of plants in about 180 genera and some 3,500 species.

Join us at YogaOnCrete (12-19 June) and experience lightness of body, mind and spirit through the twice daily practice of voice and sound therapy, and movement medicine, along with daily encounters with the cool, turquoise Mediterranean waters at quiet beaches, idyllic unspoilt surroundings, wholesome local food, excursions, and a warm and welcoming group of people that will make this experience unforgettable!

This is not a retreat

This is not a green apple

The Heart: An Organ of Intelligence

The heart’s electromagnetic field—by far the most powerful rhythmic field produced by the human body—not only envelops every cell of the body but also extends out in all directions into the space around us. The cardiac field can be measured several feet away from the body by sensitive devices. Research conducted at IHM suggests that the heart’s field is an important carrier of information.